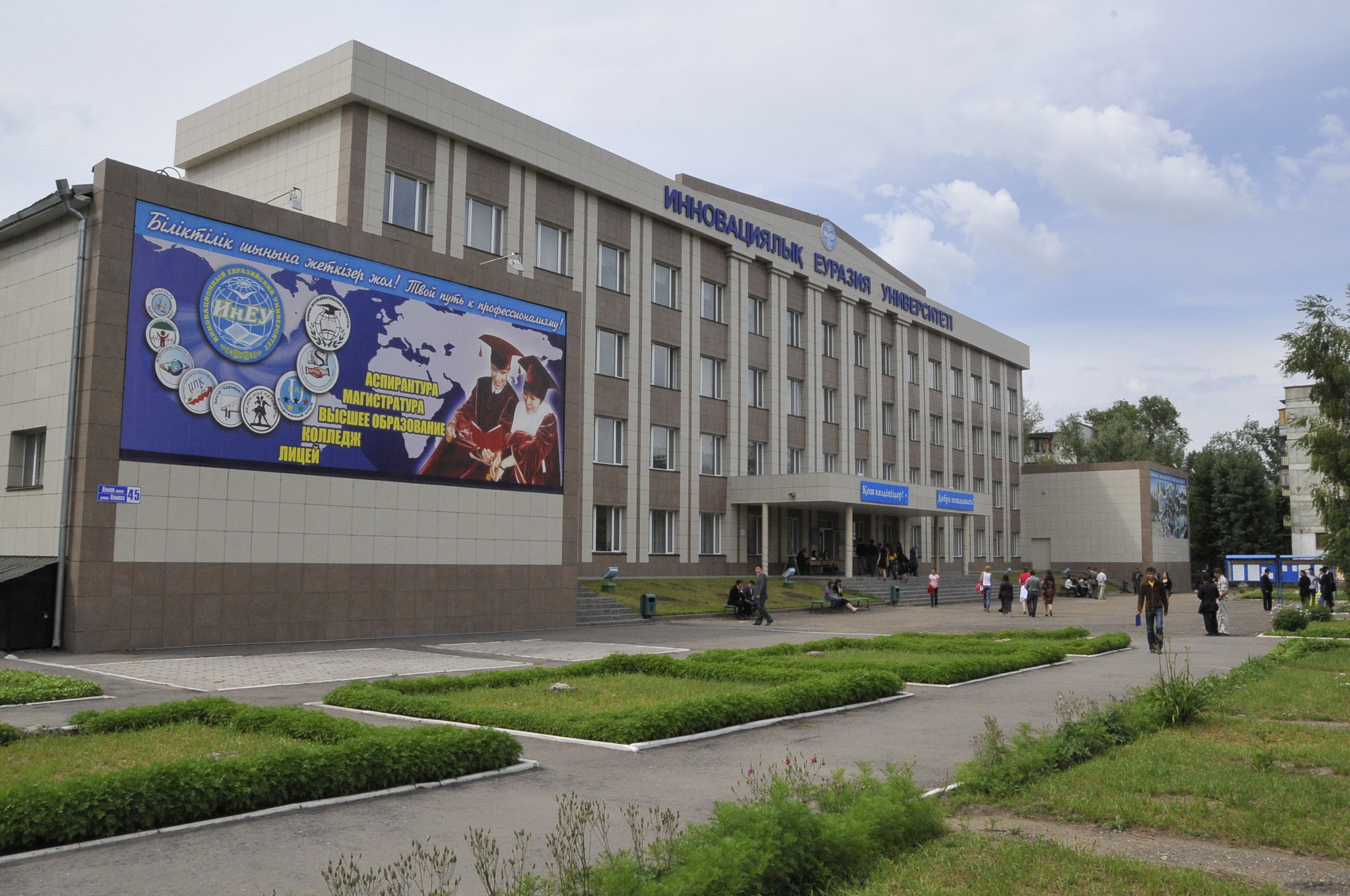 Students of the Department of Languages, Literature and Journalism of InEU took 2 prizes in the International competition of literary translation "We keep the world while we remember the war", which was held within the framework of the "Rukhani Zhagyru" program by the capital's University of Turan-Astana together with the Association of Professional Translators and translation companies and the Gala Global Group.

The competition "We keep the world while we remember the war" was dedicated to the 75th anniversary of the Victory in the Great Patriotic War. The participants were given the task of translating into English an excerpt from the work “Our Family” by Bauyrzhan Momyshuly.
Among the best in the "Publicism" nomination were the works of our students Angelina Shander and Polina Buzunova. The organizers expressed special gratitude for preparing students for the prestigious competition by the head of the Department of Languages, Literature and Journalism of InEU Kamar Karimova and teacher Ainagul Kabbasova. Students were awarded with honorary diplomas of the II degree, and teachers with letters of thanks.

The university administration congratulates the winners and laureates of the competition with a high assessment of their results. 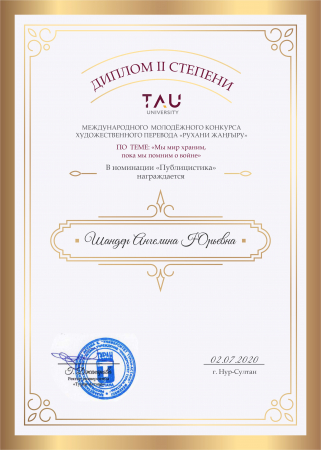 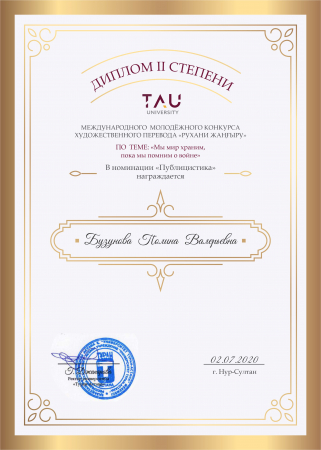 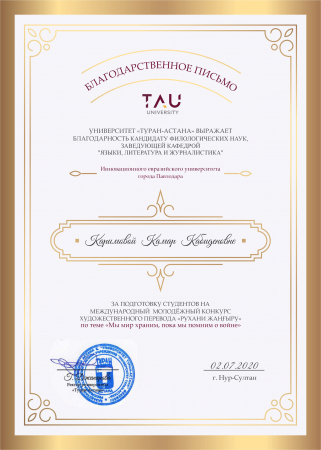 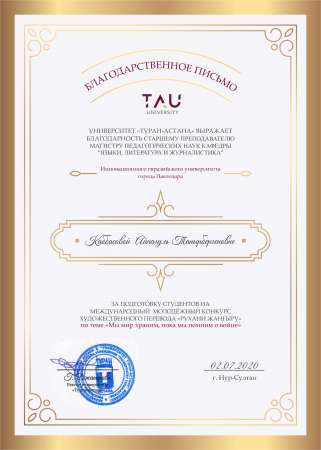 Press service of InEU
(according to the information of the senior lecturer of the department
"Languages, literature and journalism" Maral Aitmagambetova) 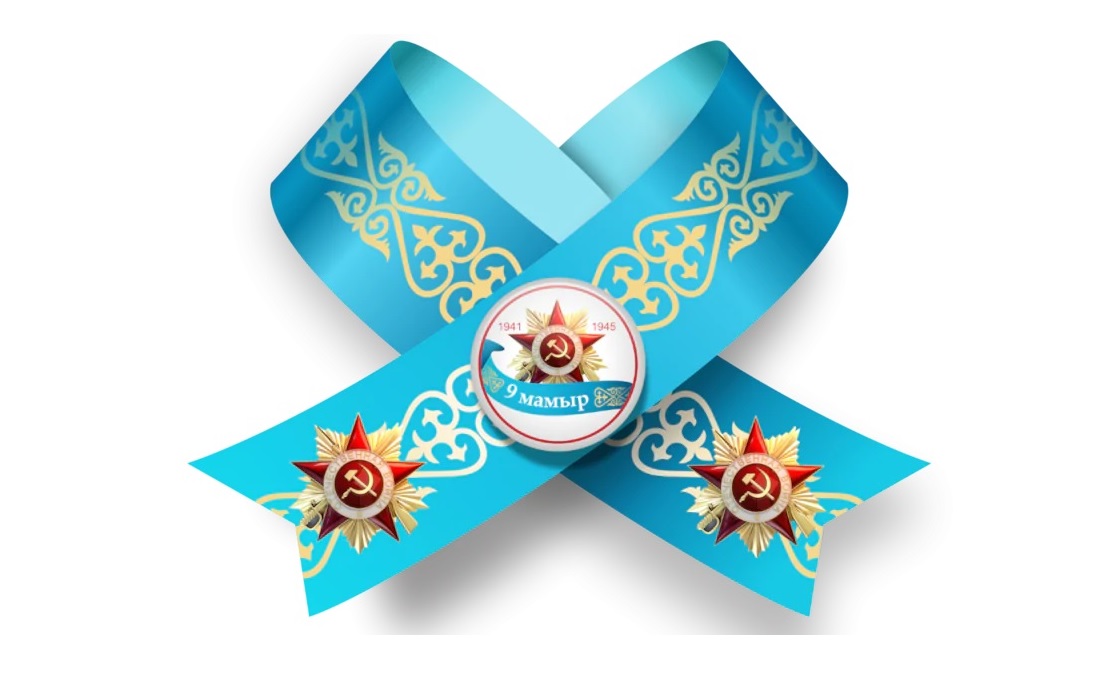 I congratulate you on the 75th anniversary of Victory in the Great Patriotic War! 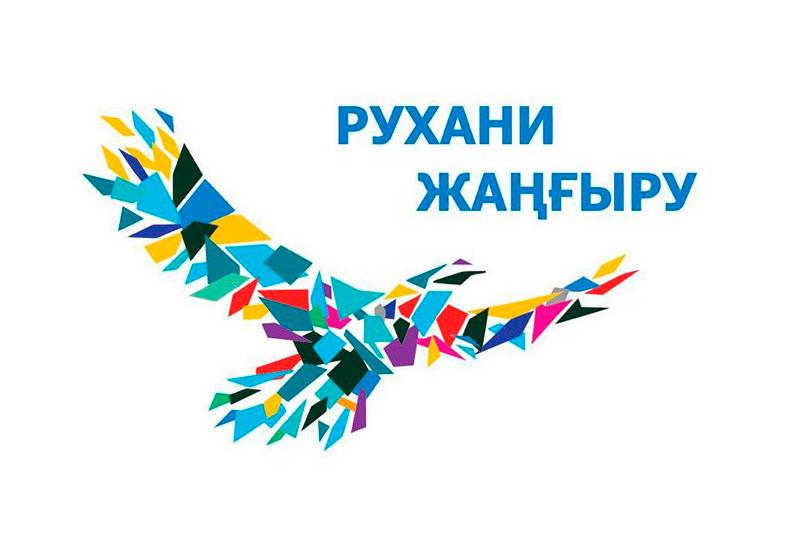 We are the heirs of Victory! The action "Remember! We are proud! ”To the Victory Day!

On the eve of Victory Day, students and employees of the Innovative University of Eurasia held a «Remember! We are proud!"