Student science of the department "Business and Management" at its best! As part of the scientific work competition at InEU, this student year two students won prizes for their research work.

Is student science needed? The question is rather rhetorical. Students involved in student science gain such important knowledge as developing research skills, communication skills, the ability to put forward a hypothesis and prove it, analysis of materials, as well as the ability to speak publicly in defense of their scientific work. And this is not the whole list of benefits!

Let's see how things are with student science at the Department of Business and Management.

We constantly involve our talented guys in the ranks of young researchers. In February, three scientific articles were sent to an international conference in the Republic of Moldova by Patrushev Alexander, Abitov Karim, Yeremenko Joseph (2nd year student, specialty "Economics"), which explores the economic aspects of energy development in Kazakhstan. Three scientific works of these students were reviewed and selected to participate in the international competition of scientific works “Interclover” in Russia, Moscow.

Students of the department are preparing to actively participate in the conference of the Small Academy of Sciences of the Republic of Kazakhstan, which traditionally takes place in April at our university. An invitation to participate in a student conference in Kokshetau was received. An application for participation in the UNICEF Kazakhstan contest has been sent. There are many plans, we will try to implement them.

The involvement of young people in science is one of the priorities of the development strategy of Kazakhstan!

Department of "Business and Management", InEU student took part in the XVI meeting of the Alliance of Students of Kazakhstan!

Alexander Patrushev, an active student of the Department of Business and Management took part in the award ceremony at the 16th meeting of the Alliance of Students of Kazakhstan in Nursultan.

Documents for participation in the competition are accepted within thirty calendar days from the date of publication of the announcement. 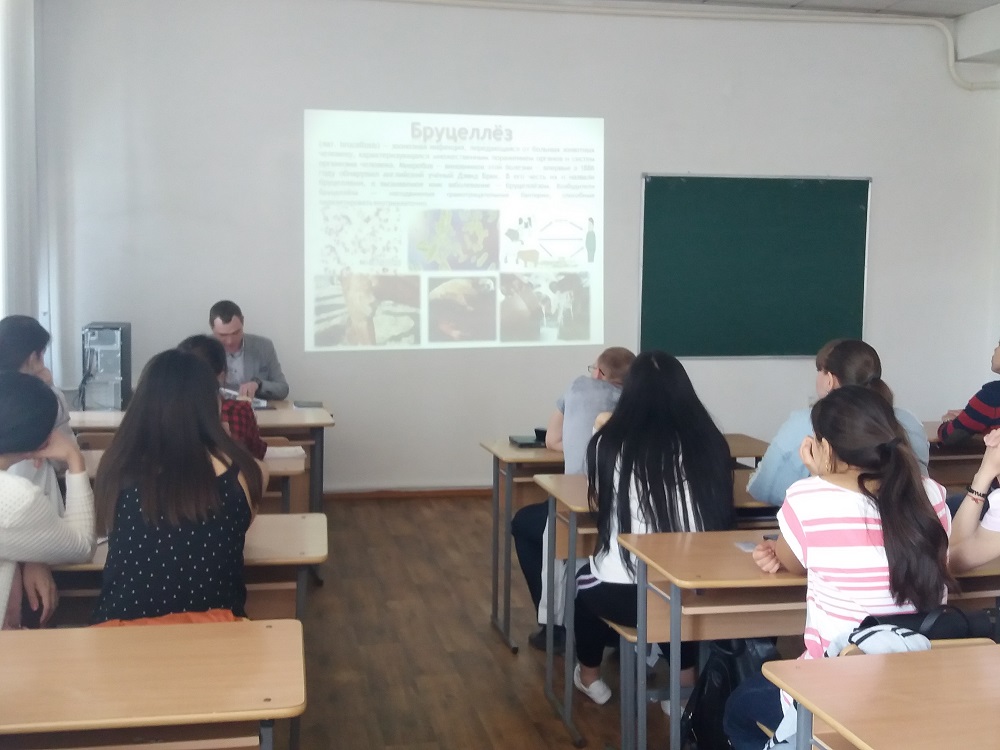 VIP lecture at the Department of "Agriculture and Bioresources"

A series of VIP lectures at the Department of Agriculture and Bioresources this academic year ended with a meeting with the Head of the AHU Veterinary Station Aksu City Aksu Galagan Kirill Olegovich.