Snowmen in honor of the Year of the volunteer! 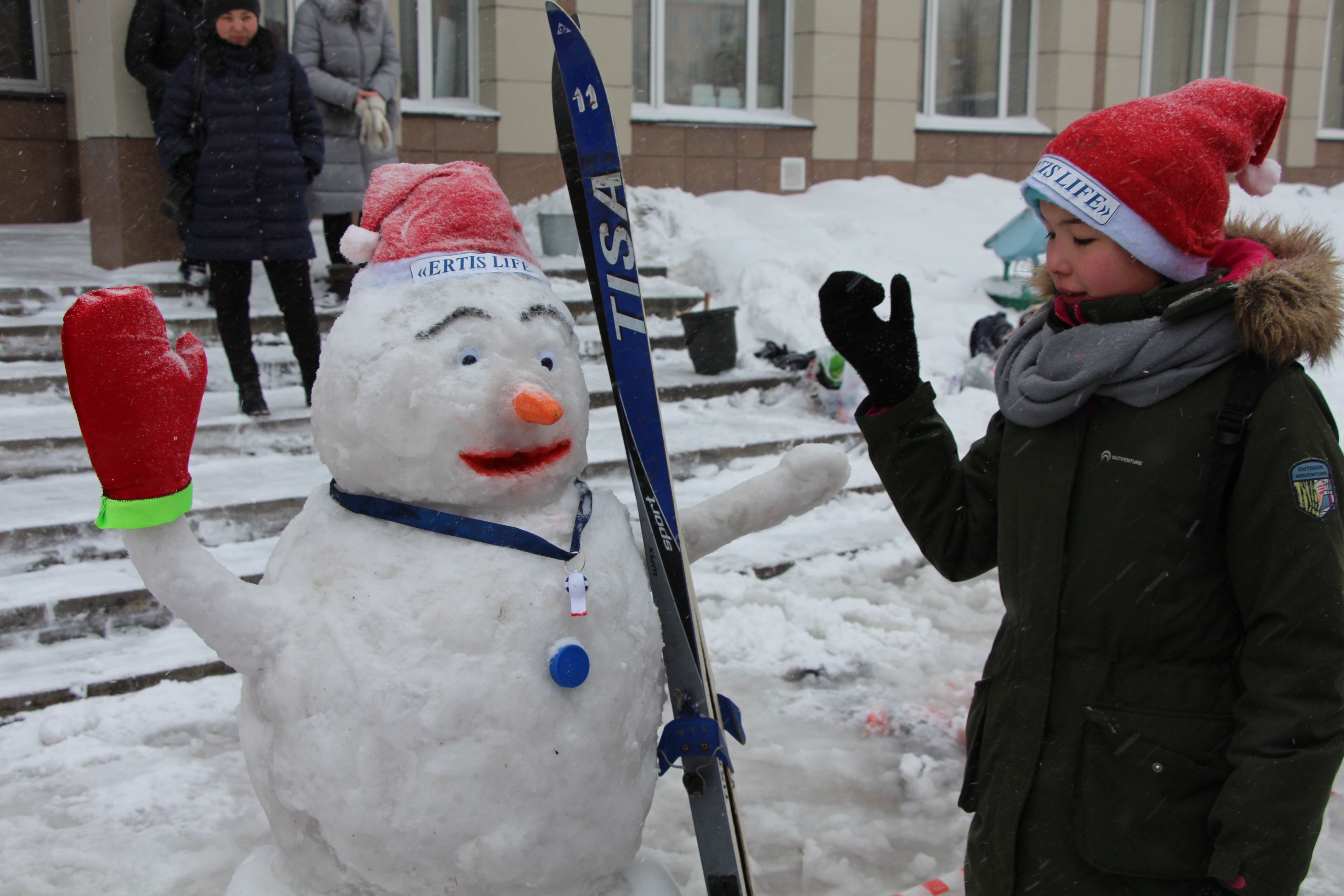 On January 14-15, Pavlodar hosted the first regional competition for the most original snowman, “Snowmen Fight 2020”. 100 one and a half meter snowmen were made by the guys in the square in front of the Innovative University of Eurasia.

On the eve of the contest near the InEU, tractors swept mountains of snow. On Tuesday afternoon, about two hundred people gathered in the square in front of the university — contestants, teachers, and fans. The guys came with shovels, buckets, accessories - glasses, CDs, wigs, computer keyboards and displays for decorating snowmen. Work has begun to start!

- 25 educational institutions participate in the competition. This is not only a city, but also the districts - Irtysh and Akkuly, says the organizer Shynbolat Tashekov, head of the department for educational work and social issues of InEU. - With this event, we are opening the Year of the Volunteer announced by the President in our region.

The approach to the creation of sculptures by the contestants was different: some sculpted traditional snow women, others sawed blocks of snow, others, like schoolchildren from Yamyshevo, used wooden formwork for casting ice monoliths.

- Our team is called “Snow bot”, we decided to make a snow robot, Anna Guloeva, head teacher of the Yamyshev School, explains the creation of ice cubes.

While the teams made snowmen, support groups participated in dance competitions led by the energetic Santa Claus. The children were treated to hot tea and pastries by the Dostyk teahouse, which was opened at the university by InEU student Esbol Abdraimov. Excursions around the university were carried out for chilled schoolchildren. They visited the local museum and training laboratories - they warmed themselves with benefit.

The competition was organized by the Innovative University of Eurasia with the support of the Sports Department of Pavlodar. The jury was headed by Svetlana Gladysheva, deputy akim of Pavlodar. Also included in the tender committee:

• Gainel-Hayat Mashrapova, head of the press service of the akim of Pavlodar;

On January 15, the jury summed up the competition. The rewarding ceremony was opened by the rector of InEU Bakytgul Zhetpisbaeva:

- I would like to thank all the participants for supporting our initiative! I am sure that you have received a lot of positive emotions. It was a competition of creativity, ideas, health, liveliness. Due to the fact that schoolchildren, college students participated in this competition, I would like to invite you - come to study at our university and we will help you realize your creative potential and your creative ideas! 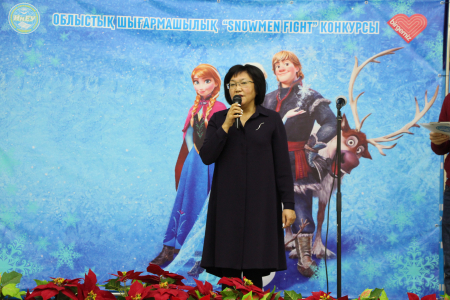 Bakytgul Zhetpisbaeva presented the winners with prizes from InEU. The first place was taken by the team «Snow bot», blinding a snow robot, SpongeBob and other characters. They got a gold cup and a certificate of 50,000 tenge for the purchase of sports equipment. The second place and 25,000 tenge were received by the Ertis life team from the Uzinsu school. The third place and 15,000 tenge went to the Voluntary Precipitation team from school No. 34.

The deputy akim of the city Svetlana Gladysheva presented the captains of all teams of the contestants with diplomas in the nominations: “The funniest figure”, “The most original solution”, “The coolest snowman”. The head of the sports grounds, Yerkin Makeshev, presented all teams with certificates for visiting any skating rink in the city of Pavlodar.

The competition "Snowmen Fight" was a bright and original beginning of the coming 2020. According to the organizers, this regional event at InEU can become an annual event. 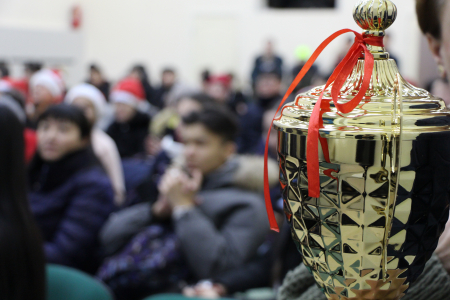 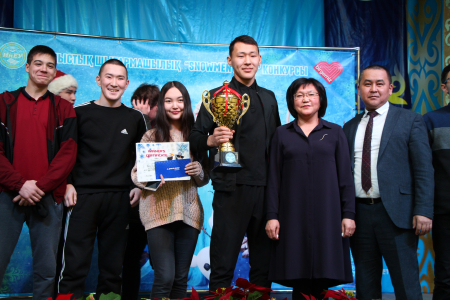 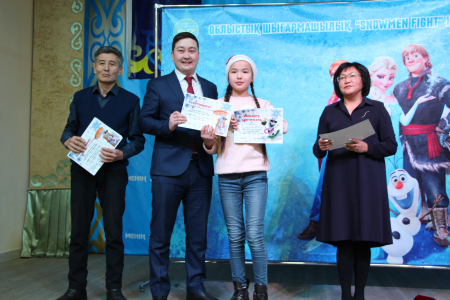 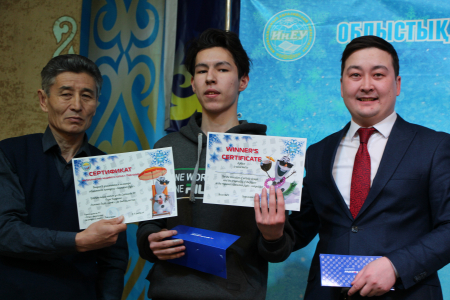 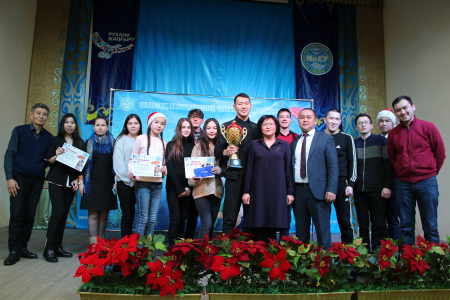 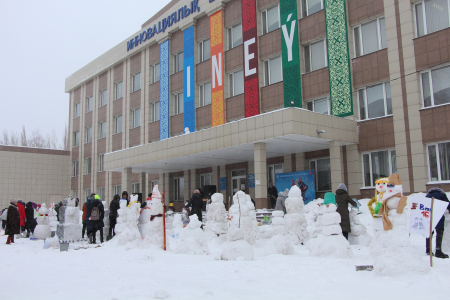 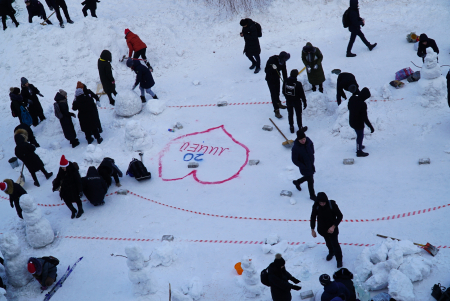 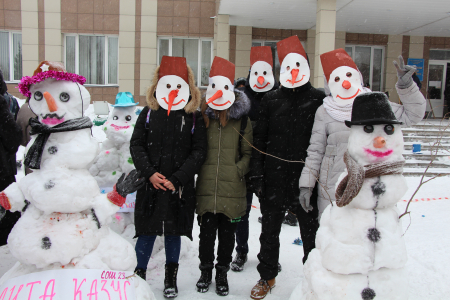 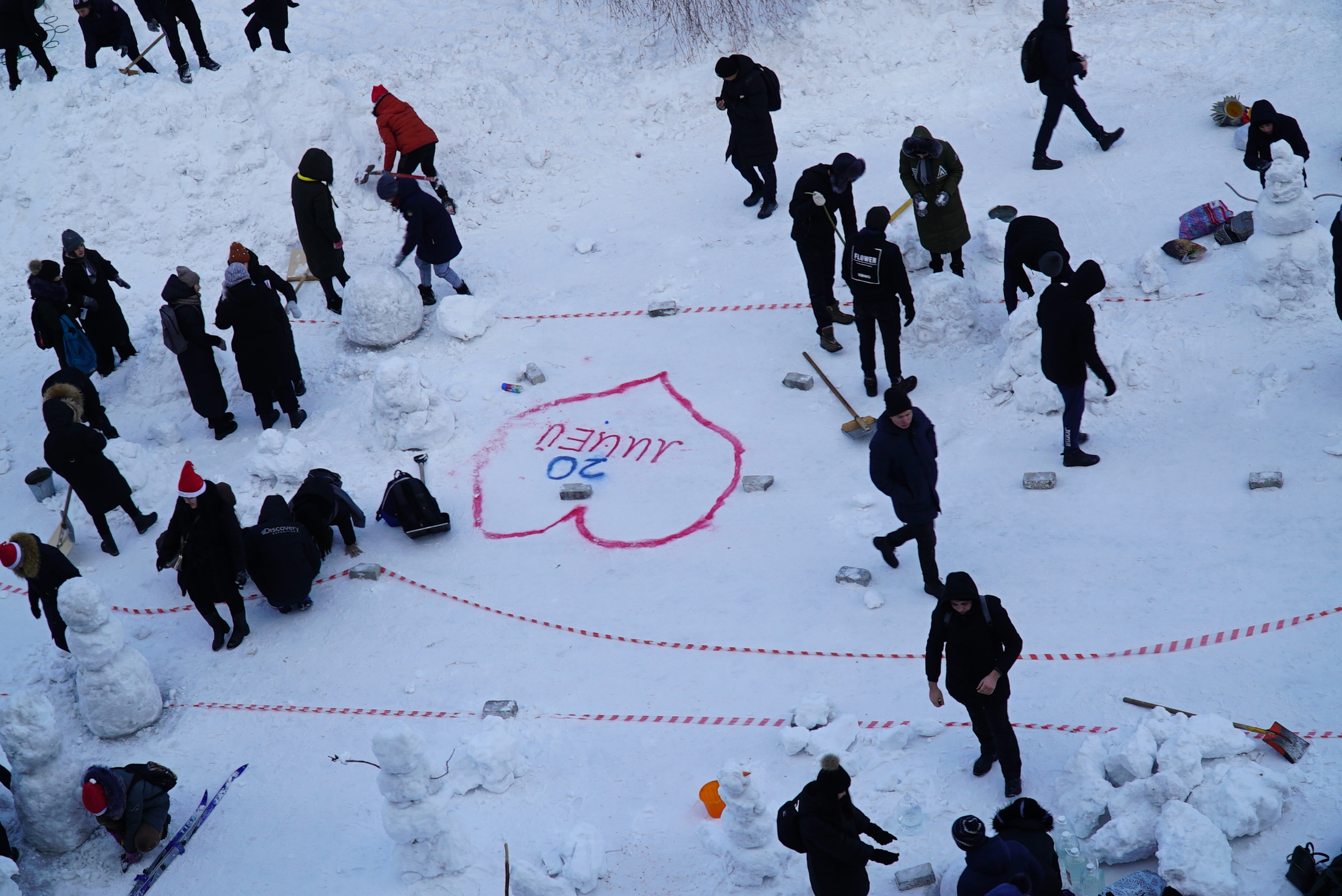 The army of snowmen attacks InEU!

For the first time in the Pavlodar region a mass competition for the most original snowman "Snowmen Fight 2020" is held. The competition was organized by the Innovative University of Eurasian with 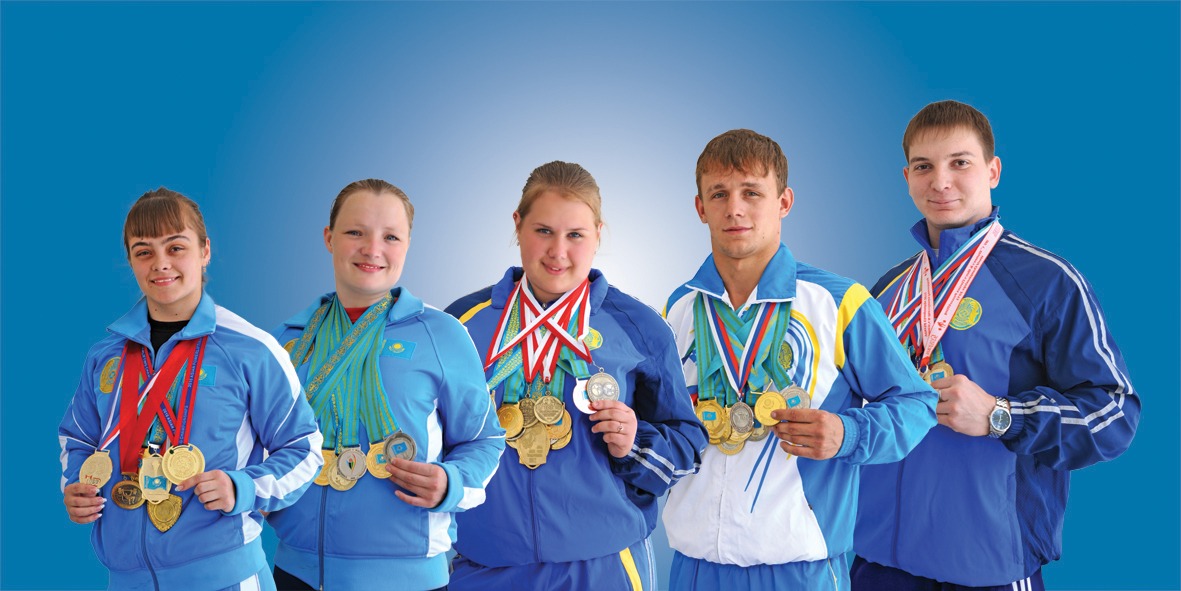 "Federation of powerlifting, bodybuilding, fitness and body fitness of Astana city" expressed gratitude to the Department of "Pedagogy and social and humanitarian disciplines" of InEU in the person

InEU invites you to the “SNOWMAN BATTLE” dedicated to the Year of the Volunteer!

The creative competition “Snowmen fight” is an open competition in the creation of copyright snowmen, built in the word “VOLUNTEER 2020”, which will be recorded from the air - by a quadrocopter.