Sage from Farab. Who is he ethnically? 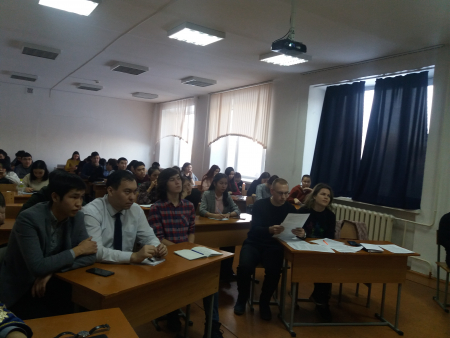 In honor of the 1150th anniversary of the Great Sage, philosopher, mathematician, music theorist, scientist of the East, Baurzhan Dyusenalin and Maral Khasenova organized and conducted a dispute on the topic “Ruhani Zhangyru” by the teachers of the department “Environment and Chemical Technologies” from Farab. Who is he ethnically?”

The teams were represented by students, teachers of the department "Agriculture and Bioresources", "Industrial Engineering and Design" and the combined team of the departments "Information Technologies" and "Energy and Metallurgy". The teams considered three versions: Turkic, Persian, Arab.

Information about the life of Farabi is scarce. Some of the information about Farabi, as well as about other prominent historical figures, is legendary. To unambiguously determine the ethnicity of Farabi, the facts are not enough.

The debate was held at a high level, all three teams showing oratory, performed very well, convincingly arguing about one or another origin of the sage, but decided that Farab is a man of the World. 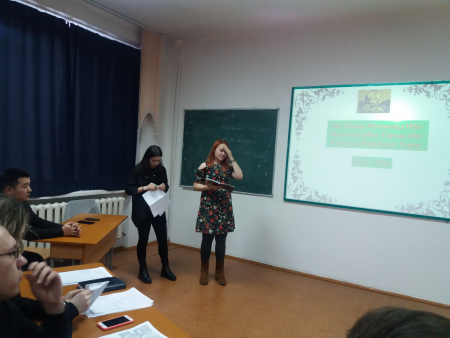 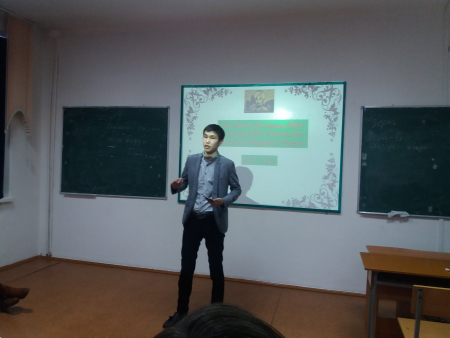 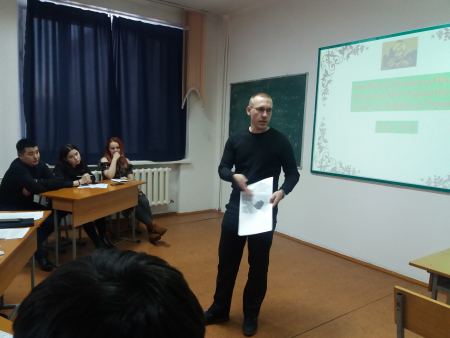 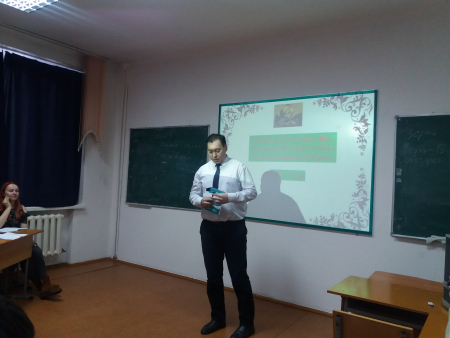 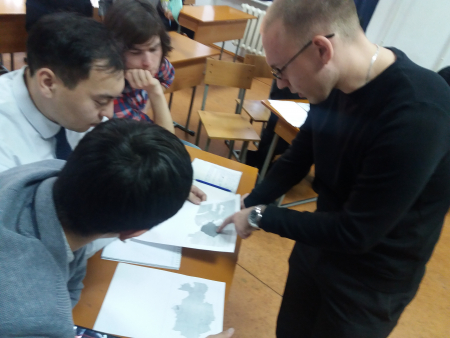 Senior curator of the department "Environment and Chemical Technologies" 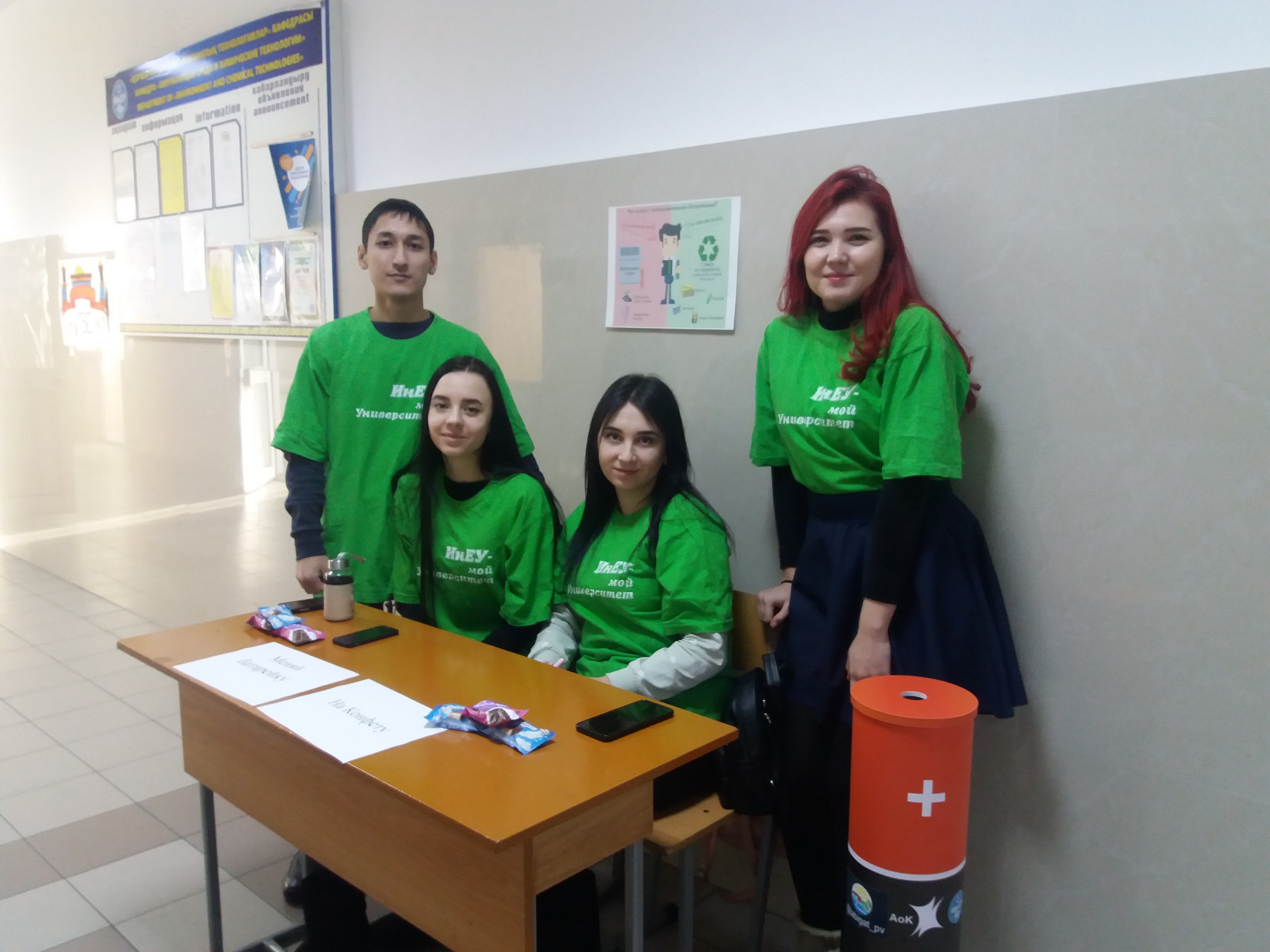 The action "Change the battery to candy"

In the framework of the program “Rukhani zhagyru”, with the aim of ecologizing the consciousness of the younger generation, the department “Environment and Chemical Technologies” organized a new Rewards from the President of the Republic of Kazakhstan and the Ministry of Education today were received by teachers of InEU on the Independence Day of Kazakhstan. 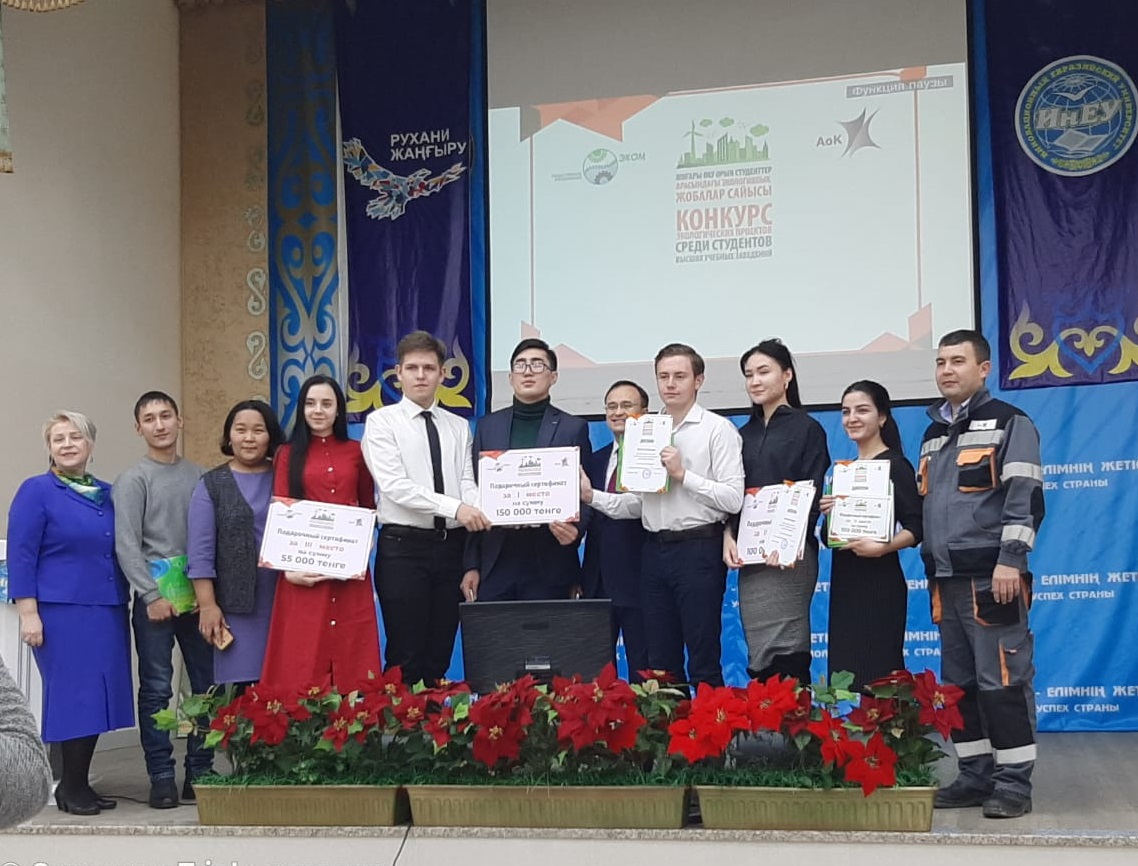 An environmental project competition was held at InEU!

The environmental competition of projects was organized and conducted by the Public Association “ECOM” together with “Aluminum of Kazakhstan” JSC in InEU. Summing up the school year...

Student Scientific Society of the department "Agriculture and Bioresources" sums up the outgoing academic year.