Meeting in the framework of the modernization of higher education in Central Asia with the help of new technologies! 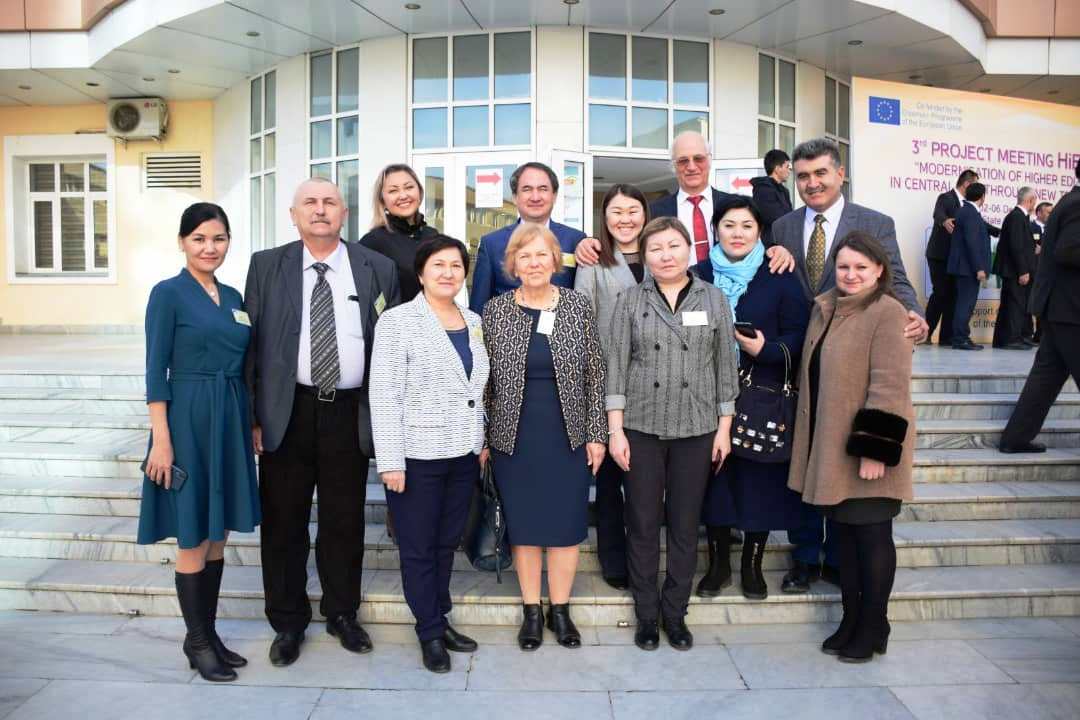 The meeting was attended by 4 universities from Bulgaria, Italy, Portugal, Luxembourg and 15 universities from Central Asian countries: Kazakhstan, Uzbekistan, Turkmenistan, Tajikistan and Kyrgyzstan, as well as representatives of the ministries of higher education of each state.

The team from InEU consisting of Evgeny Nikitin, Almagul Asainova and Daria Abykenova actively participated in discussions on the digital transformation of higher education, the stages of the project. Evgeny Nikitin at the meeting made a report on the implementation of the WP3 work package on the opening of the Center for Innovative Educational Technologies and 3 active training classes at the university, on equipment purchased and introduced into the educational process. It was noted that the current tasks of the project by the university team are being implemented in full and on time.

The project participants did a lot of work to adapt the education system to the digital generation. The Concept of adaptation of the system of higher and postgraduate education to the digital generation was prepared and approved by the Ministry of Education and Science of the Republic of Kazakhstan. The concept was printed in the amount of 600 copies and is being prepared for distribution to all universities in the country. 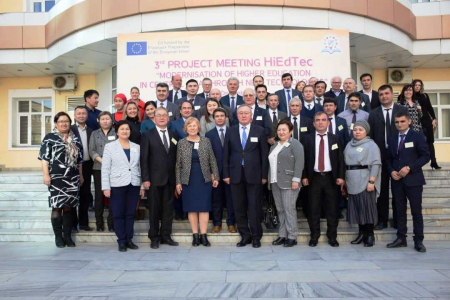 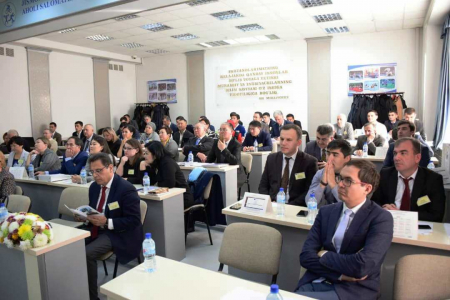 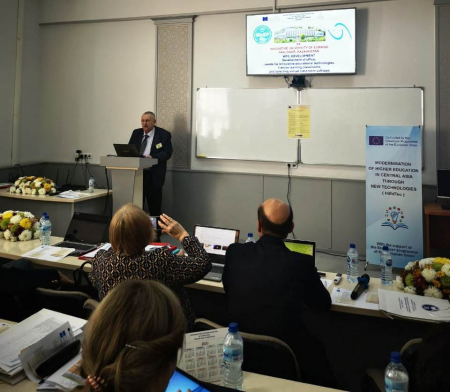 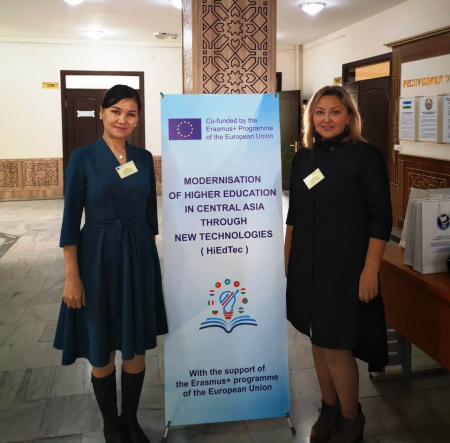 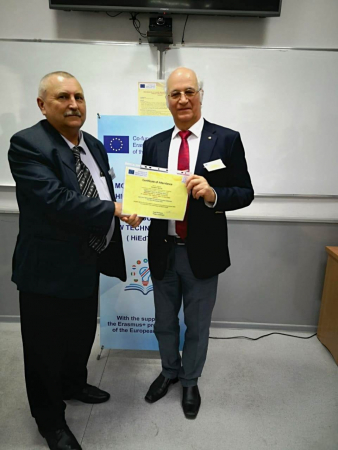 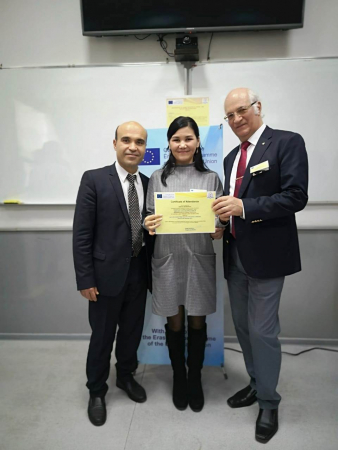 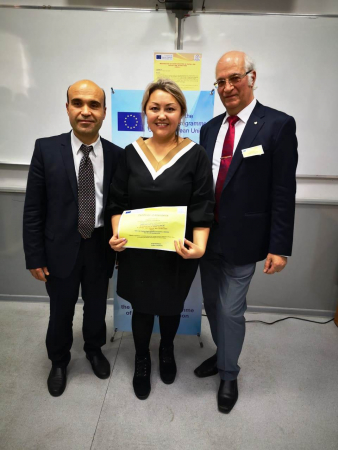 Project coordinator - Professor of Rusen University Angel Smrikarov in his speech emphasized the need for digital transformation of higher education, the introduction of innovative educational technologies, the dissemination and exchange of experience between project participants. The professor considers the removal of the barriers of higher education for the digital generation to be especially important. Also, workshops were held on creating video lessons, online conferences and distance learning for tutors, who will continue to train teachers of their university.

You can familiarize yourself with the project “Modernization of higher education in Central Asia through new technologies” in more detail on the university website by clicking on the link //ineu.edu.kz/mezhdunarodnoe-sotrudnichestvo /52-hiedtech.html

The head of Department of Informatization 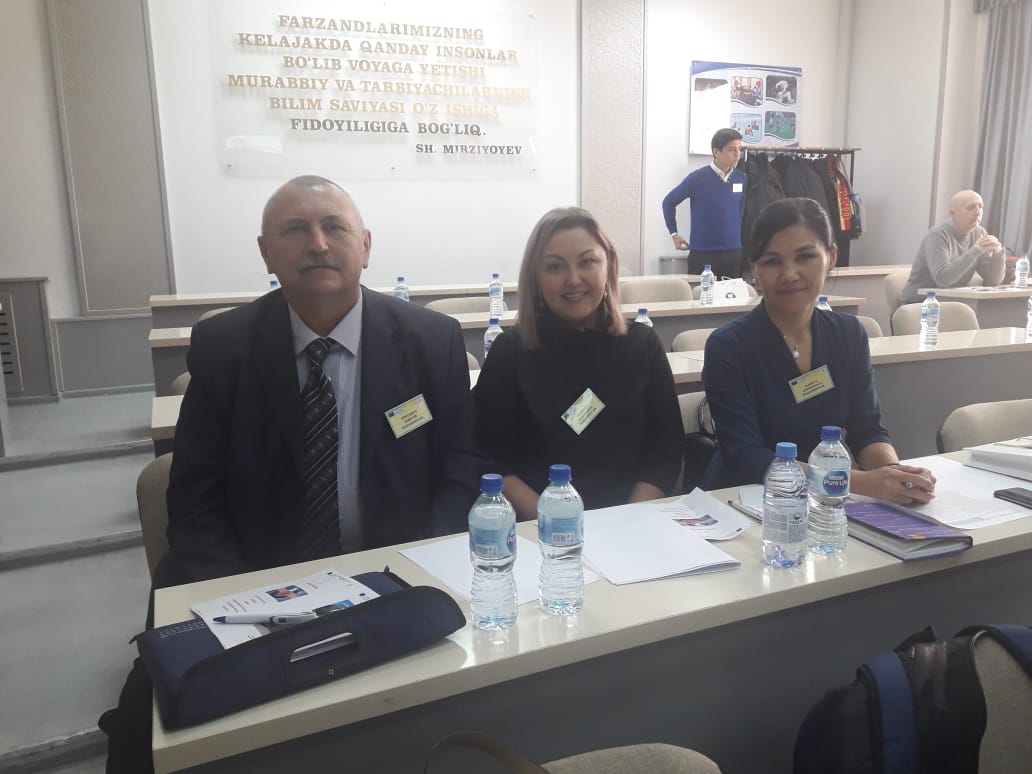 A meeting began in Tashkent to discuss the results of the international project "Modernization of Higher Education in Central Asia through New Technologies". This is the third meeting of the project, 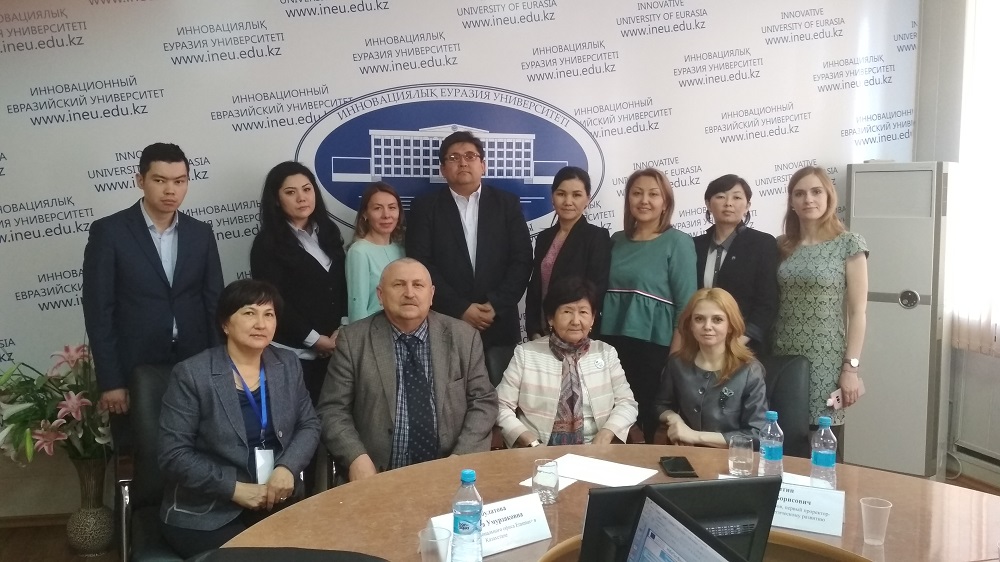 Erasmus + HiEdTech - Modernization of higher education in Central Asia through new technologies was monitored at the InEU. 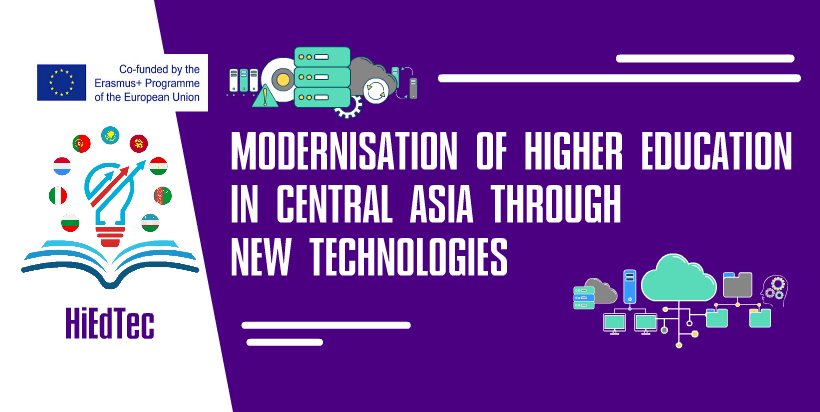 THE LAUNCH OF A HUGE EUROASIAN EDUCATION PROJECT The European Commission has signed the contract of a new project on the modernization of education in 15 universities from Kazakhstan, Kyrgyzstan,